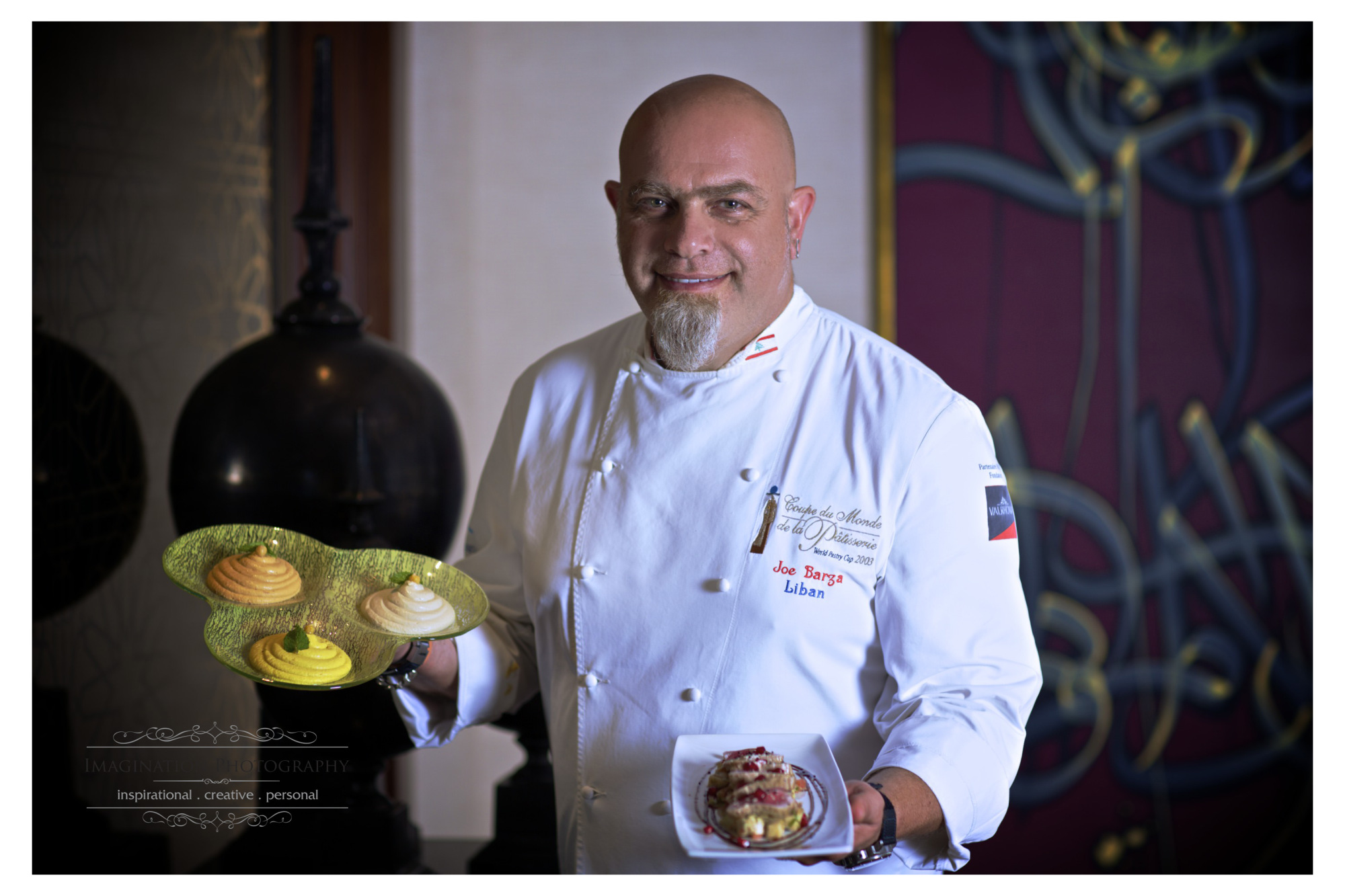 [Note: originally posted on my wordpress blog, 16/9/13. You can see more images from my work with Waldorf Astoria in other sections of the website, such as food and lifetyle. These images were also published in various travel and tourism magazines.]

Following the recent photoshoot at the Lexington Grill, I was invited back to photograph Chef Joe Barza, a specialist consultant brought over from his home country of Lebanon, to oversee the setup and opening of Marjan, the Lebanese restaurant at The Waldorf Astoria, Al Hamra, Ras Al Khaimah.

An imposing but welcoming figure, upon arriving to set up, (although having come off a 150 covers from the previous evening and a very busy lunch period) Joe immeditely insisted on preparing some of his dishes for me to sample. Given that I myself had come straight from an awesome busy home-studio shoot, who was I to refuse? It’s definitely one of the perks of this job!

Marjan, perhaps appropriately named for its stunning high floor views overlooking the neighboring Marjan Island, is one of the many facets of the Hotel that has been rightfully garnering a lot of national and international media attention, especially with the short term presence of Chef Joe Barza, well known in the industry and particularly in his home country. I was invited to photograph him primarily for press purposes before he was to depart Ras Al Khaimah the following day.

The restaurant of course is immaculate, with beautiful Middle Eastern decor and art on the walls; there is also a private dining room. Having a chance to sit down and eat for the first time all day, the food that Chef prepared was, as expected, amazing. When I first moved to the United Arab Emirates 6 years ago, I was admittedly unsure of the Middle Eastern/regional dishes, it took a while to have a taste for the combination of flavors. Now, I can’t get enough; so when Chef brought out a signature dish of 3 different hummus and a tuna and artichoke salad (pictured) I couldn’t wait to get the shots right and dig in. He also served his own filled breads as well as a slow roasted lamb biryani-stew (did not last long enough to be pictured :-).)

As I ate, Joe bid his farewell – he looked exhausted and of course he would soon be traveling. Hopefully he will be returning in the not too distant future to share even more culinary flair and creativity. 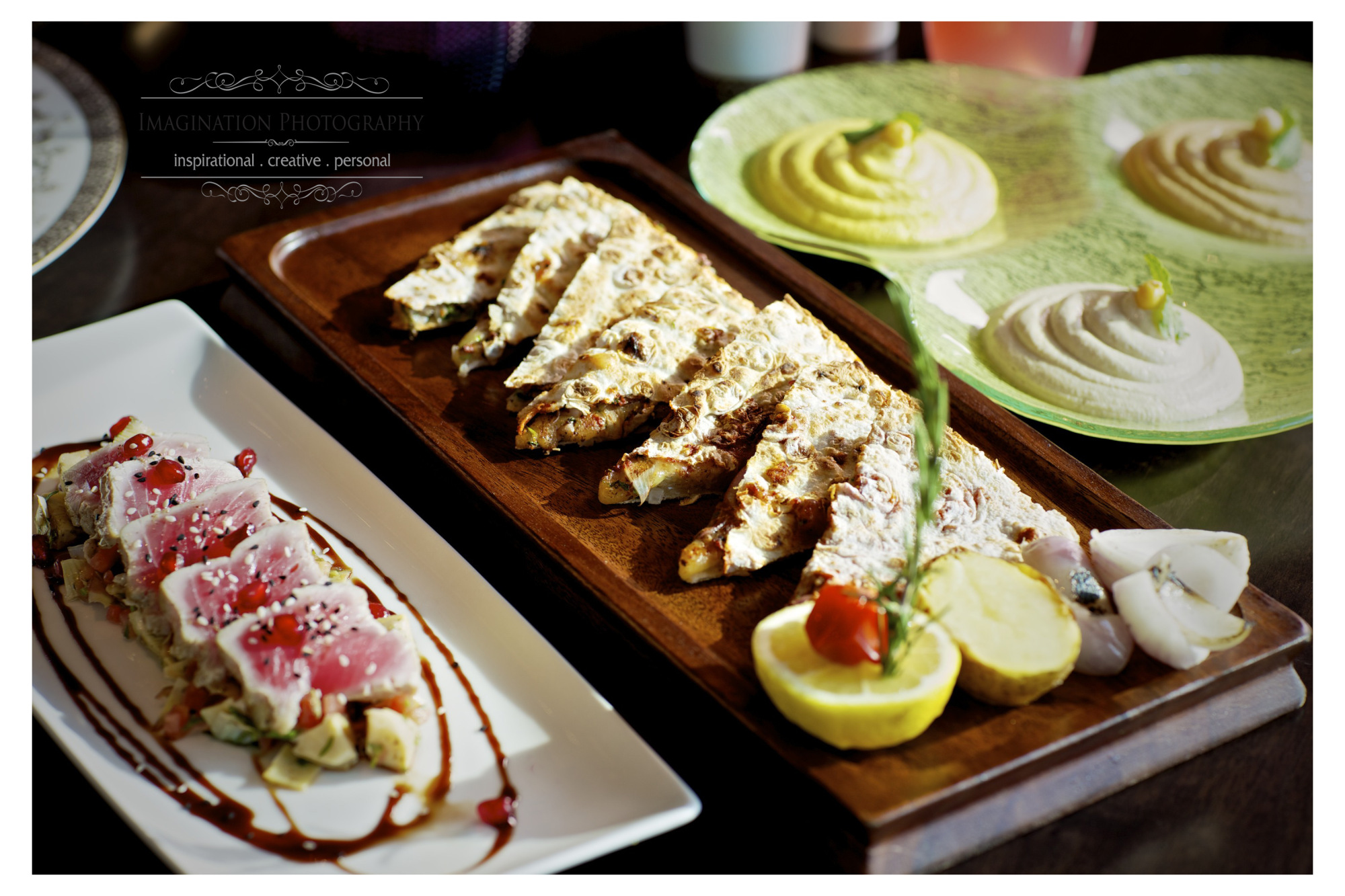 aPrevious: Sounds of Summer: Sri Lanka
Next: Project #2 with Sough Jewellery; an interview with founder and designer b