People of Society: the Bakers 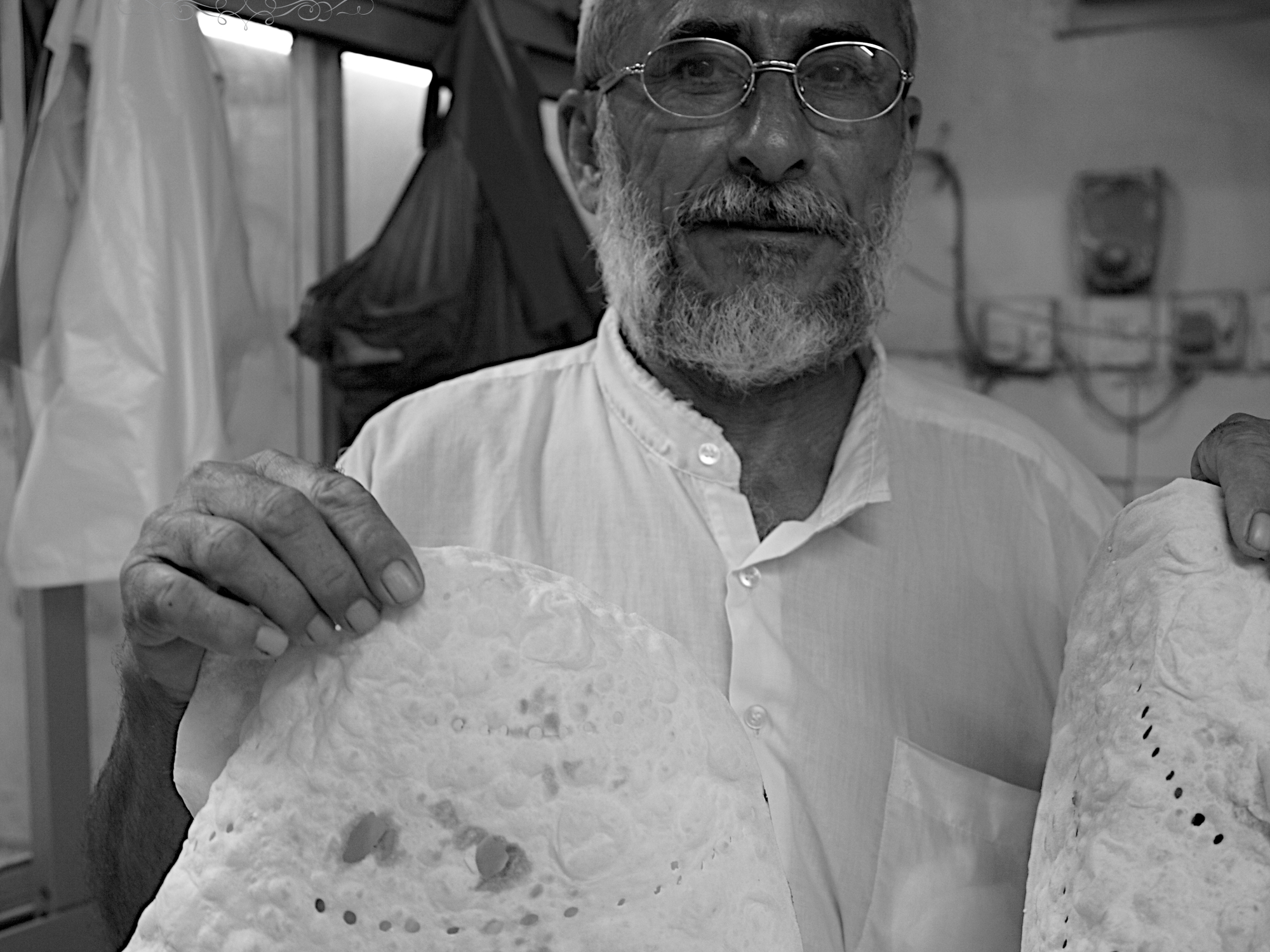 This evening I ventured a bit deeper into the hive of activity that is Nakheel. Parking on a bustling road, I knew I wanted to try and keep a low profile  and  avoid drawing too much attention to myself, otherwise before you know it you can suddenly be the fish in the bowl and surrounded by a crowd. Furthermore it is always wise to tread respectfully, as while the vast majority of people will welcome you with friendly hospitality, some do not wish to be disturbed and I don’t like to be insulting. At the first business I investigated, this is exactly what happened. So, undeterred, I continued along the road, waiting for the right moment.

I came across Mohamed. This bright smiled man, with a white beard and dressed in his native Iranian clothing, was sitting outside his bakery, that was no bigger than the size of a garden shed. “Photograph!” he called to me. Seizing my chance, I smiled back and extended my hand, “Would you like a photograph?”

“Wain?” he asked me, shaking my hand. I told him I was from the UK and he in turn tried to explain where in Iran he was from. But with his limited English (though probably more extensive than my Arabic) and my lack of Iranian Geography, the only words I got were Tehran and Shiraz.

I gathered that this was his bakery. I had caught him during his nightly role that is bagging up the freshest bread from the flaming clay oven; then handing them off to pulling up cars, windows opening and the drivers outreached arm, in exchange for 50fils (0.09GBP) a piece.

He understood that I wanted to take a photo, but then hollered, “Falous! (money)” I tried to explain that of course, I would buy some of his bread, if he allowed me in with my camera. This was fine and I continued inside to greet his three staff: one man from Pakistan, one from Bangladesh and one from India; on this occasion, unfortunately I could not memorise their names.

The first man, furiously rolled the fresh dough balls in the flour, and then motioned them toward the next man. He seemed to be responsible for the dough being placed correctly into the burning clay oven. After a few moments, the bread would rise and be readily removed by the final man with a long pair of tongs. He simply added them to the pile of bread, in preparation for Mohammed and his passing customers.

The three men felt compelled to continue with their work and I did not want to be in their way and spoil the fluidicity of their work, but Mohammed was a real character and got increasingly excited. I thought at one point I was going to become that goldfish in the bowl as a few of his friends stopped to peer in at what was going on, but Mohamed beamed proudly and jumped in to shot, then laughed satisfyingly as I showed him the image.

This time, I was in and out with my camera in fifteen minutes. Once all packed up I took out my wallet and insisted that I pay him for his time and some bread; but now he would have none of it, pushed my dirhams away, bagged up the freshest pieces, shook my hand and bid me farewell. 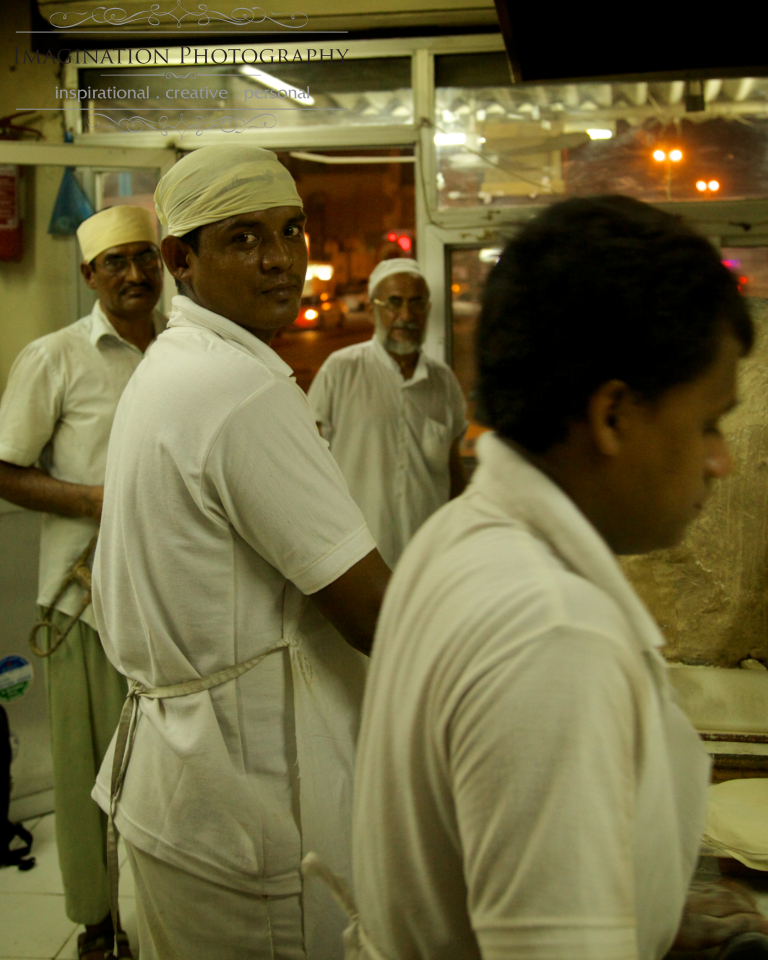 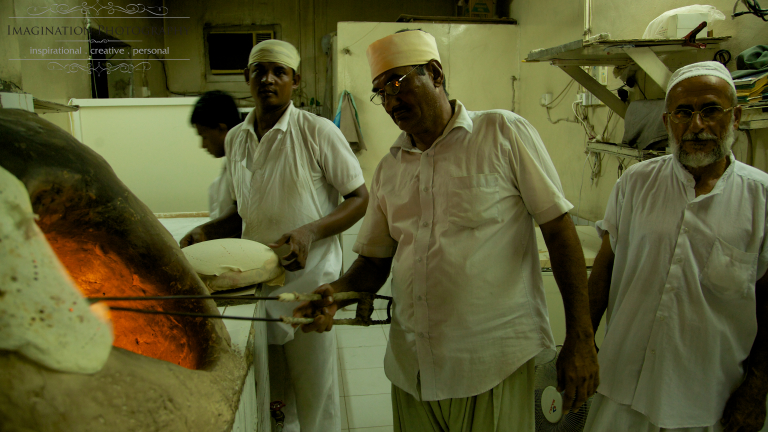 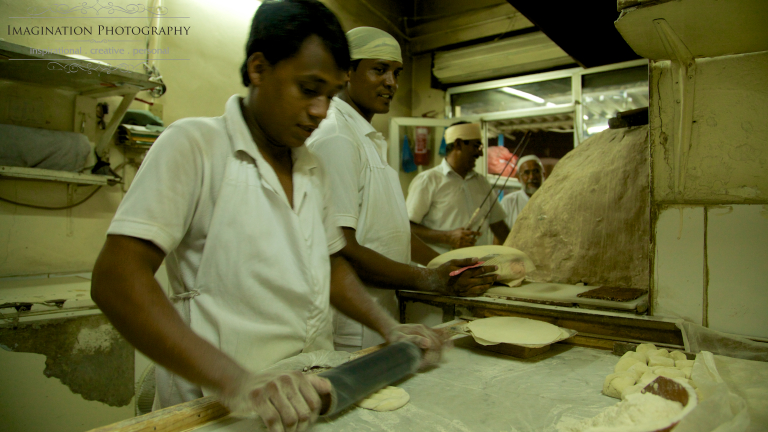 aPrevious: People of Society: a tailors in Nakheel
Next: Sounds of Summer: Amsterdam b